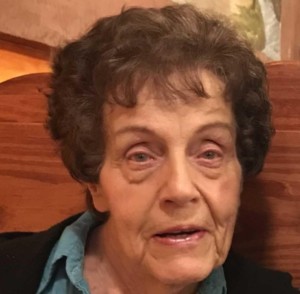 Dorothy Ann Seibel, 90, formerly of Greensburg, passed away on Monday, March 25, 2019. Dorothy was born January 26, 1929 in Greensburg, to Sylvia Reed and George Reed. She was a 1947 graduate of Greensburg High School. On November 8, 1947, she married Harold Seibel in Greensburg, and he preceded her in death on December 17, 2010. Dorothy is survived by her daughters – Anita (Bob) Workman of Greenfield and Vicki (David) Clark of Carmel, Indiana; her son Ron (Leslie) Seibel of Austin, TX; three sisters – Roberta Hartwell, Carolyn McBride and Billie (Jerry) Williams, sister-in-law Elizabeth “Liz” Reed; five grandchildren – Mandi Browning, Philip Seibel, Geoffrey Seibel, Ryan Workman and Krystal Williamson and 15 great grandchildren. Dorothy was preceded in death by her parents; her husband Harold; two sisters – Mary Wainscott and Betty Wells; her brother Stanley Reed; one grandson Derek Clark; and daughter-in-law Leslie Seibel. Dorothy first worked as a secretary for Rosenmund Elementary School and then Greensburg High School. She then worked at Smith Accounting in Greensburg for 19 years, until her retirement. She was a past Greensburg School Board President and Board of Trustees member from 1980 to 1989. She enjoyed playing the organ up to her dying day and watching sports, especially her grandchildren. She was also a wonderful singer and was known for her quirky sense of humor. Visitation for family and friends will be held on Thursday, March 28, 2019 from 12PM until the start of the funeral service at 2PM at the Gilliland-Howe Funeral Home. Burial will follow at South Park Cemetery. Memorial Contributions may be made to the Derek Clark Memorial Fund with the New Castle Henry County Foundation. Fond memories and expressions of sympathy may be shared at www.gilliland-howe.com for the Seibel family.