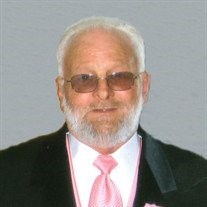 Ted A. Garner, 73, of Mooreland, passed away Sunday, November 24, 2019 at his residence following an extended illness. He was born October 19, 1946 in Clinton County, KY, a son of the late Odell and Opal (Cross) Garner.

Ted retired from the Box Factory in New Castle and then retired from the City of New Castle. He had also worked at Brooks Foods in Mt. Summit. He enjoyed working on cars, watching NASCAR, and basketball. He also enjoyed fishing, watching Westerns, and spending time with his friends and family.

In addition to his parents, he was preceded in death by a granddaughter, Carmella Garner; a grandson, Casey Parrish; two brothers, James and Cecil Garner.

Services will be at 1:00 p.m., Wednesday, November 27, 2019 at Hinsey-Brown Funeral Service in New Castle with David Brown officiating. Burial will follow in Mooreland Cemetery. Visitation will be from 4-8 p.m., Tuesday, November 26, 2019 at the funeral home. Memorial contributions may be made to Henry County Cancer Society, c/o Henry County Community Foundation, 700 S. Memorial Dr., New Castle, IN 47362. You may share a memory or condolence at www.hinsey-brown.com.