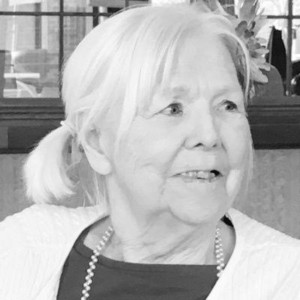 Helen Louise Billingsly, 90, of New Castle, died Tuesday, Jan. 7, 2019. She died peacefully with her family at her side.

She retired from Public Service (Duke Energy) in January, 1990 after 25 years of employment. She was an active member of First United Methodist Church, Chapter CG PEO, Tri Kappa Associate Chapter, Sorosis Club and Ambassador Club of the Chamber of Commerce.

Her favorite job was at the Indiana Basketball Hall of Fame as the volunteer coordinator and scheduling their hours since 1990. Helen was awarded the Volunteer of the Year from the IHSAA in 1998. She was treasurer of the Henry County Hospital Auxiliary when the gift shop opened in the 1960s.

She also enjoyed her bridge clubs and spending time with her children, grandchildren and great-grandchildren.

Preceding her in death were her husband of 46 years, Charles, who died in 1994; her son, Steven Billingsly from Los Angeles, Calif. In 2007; two sisters, Margaret Mundy, Terra Haute, Ind.; Dorothy Ventress, Chicago, Ill.; her parents and infant brother, Vernon Booten.

Visitation at Macer-Hall Funeral Home will be 1 to 3 p.m. Friday with the funeral service to follow.