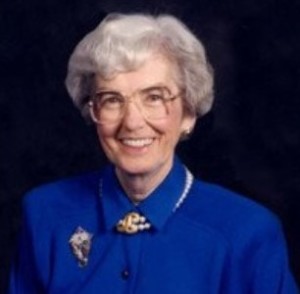 Mary Frances (Greenlee) Leitch, 95, of New Castle, was born on June 28, 1925 to Claude and Ethel Greenlee. Mary passed away peacefully on September 30, 2020 at Glen Oaks Health Campus of New Castle.

Although Mary was born in Indiana, she spent most of her youth in California. One of her favorite California memories, while living near the Hollywood sign, was to watch May West pass by in her limousine on her way to Paramount Movie Studio.

During the height of WWII and following the death of her father, the family moved back to Middletown to be close to family. She graduated from Middletown High School and attended Ball State Teacher College where she graduated in 1948. She later earned a Master Degree in Education. During her college years, she worked at a soda fountain shop and a dress store.

Mary’s first teaching job was at Weir School in New Castle. During that time she met fellow teacher, Richard Leitch. He was a recent Ball State graduate and a WWII Navy Veteran. He proposed to Mary by writing “Will You marry me?” on the chalk board in front of her students. They married in 1950 and celebrated 68 years together.

Mary was a “stay at home” mom until the late 1960s. During her career as an educator she taught at Weir, Holland, Wilbur Wright and retired from Riley Elementary in 1991. She was one of the first teachers to be a part of open concept team teaching with her friend and partner, Willie Mae Sheffield. Over the years she mentored many student teachers. She enjoyed serving on Indiana State Text Book Committees for many years. She was a member of the Indiana State Teachers Association.

At the time of her death, she was the oldest member of First United Methodist Church in New Castle, and attended the church for six decades. She also served in different officer positions in service organizations including the local chapters of P.E.O, , Psi Iota Xi and Delta Kappa Gamma. She was a member of Sorosis Literary Club.

In her retirement years she enjoyed traveling with family and friends, playing bridge, reading, biking and attending theatrical plays and concerts. Her greatest joy was being Grammy to grandchildren, Lyndsey and Tyler.

She was preceded in death by her parents, Claude and Ethel Greenlee, her husband of nearly 66 years, Richard Leitch and her siblings, Oliver Daniel Greenlee, John Richard Greenlee and Margaretta Jane Drury.

Friends may call from 11 – 1 pm prior to the service at the church.

The family would like to thank the staff of Henry County Community Hospital, Forest Ridge, Henry County Hospice and Glen Oaks Health Campus.

The Sproles family and staff are honored to serve the family of Mary Leitch.