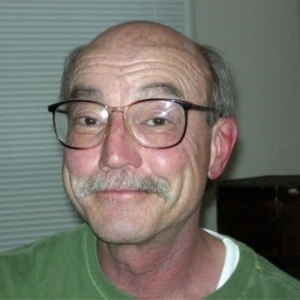 Steven Taylor Morris, 67, died peacefully in his Indianapolis home on February 10 from complications of ALS.

Steve was born in New Castle, Indiana, the son of Taylor (“Tim”), whose family included early settlers of Henry County, and Helen (“Sandy”) Morris. From childhood, Steve was curious about how things worked, especially electrical things, and he spent hours in his home “laboratory.” After graduating from New Castle High School and earning a B.S. in Electrical Engineering Technology from Purdue University, Steve spent his career involved with the design and build of a variety of products, including submersible color TV systems for the commercial diving industry in New Orleans, an ultrasound breast scanner at the Indianapolis Center For Advanced Research (ICFAR), and various analog engineering projects at Avalon Technology, Labsonics, and his own consulting engineer company. At GE Healthcare (formerly Lunar Corporation), Steve worked on three profitable iterations of ultrasonic bone densitometers, and retired from Piezo Technologies where he designed transducers, among other things. Steve was named on more than half a dozen patents.

Steve is survived by his daughter Darythe Taylor, who fondly recalls the many camping trips and nature walks she shared with him; her husband Nick, two grandchildren, Syvonne and Breydon; his brother Michael Morris; sister Greta Morris Scodro, and her husband Joe; and brother Doug Morris, his wife Chris, and nieces Haley and Caroline. Our lives are brighter because he was with us and we will always treasure the memories we made with him. He will be remembered and missed.

The family appreciates the services of the IU Health Neuroscience Center ALS Clinic and the support of caregivers and friends in his long journey with amyotrophic lateral sclerosis (Lou Gehrig’s disease).

Arrangements for a private family service were handled by Flanner Buchanan-Broad Ripple. A celebration of Steve’s life with friends and family will take place this summer, with interment at South Mound Cemetery, New Castle.

Memorial donations can be made to the Henry County Community Foundation (c/o the Taylor I. Morris library fund), or the Indiana Chapter of the ALS Association.