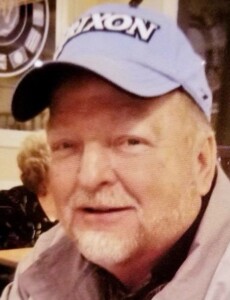 Gregory Eugene Givens died on Saturday, April 10, 2021 unexpectedly. He was born to Margaret and Eugene Givens on March 17, 1951. Greg was a lifelong resident of Henry County and resided in New Castle, IN. He graduated from Walter P. Chrysler Memorial High School in 1969. He retired from Guide Lamp Division of General Motors in Anderson, Indiana where he served as a UAW representative for several years.

Greg had a life-long interest and commitment to farming and thoroughly enjoyed working with his friends on their farms. He enjoyed raising children, plants and animals Greg was a man with a long list of hobbies and interests including golfing, fishing, hunting, gardening, animals and watching New Castle High School, IU college and professional sports. He was active in the community coaching youth sports including t-ball, high school softball, baseball, and girls’ basketball. He was able to get the best out of young athletes. He had a love for sports and competition. Greg loved and was loved by his family friends, neighbors and any stranger. He will be missed by a multitude of friends. Additionally, he attended South Memorial Church of God.

He was preceded in death by his parents, Margaret and Eugene Givens; a sister, Patricia Waid; father-in-law, Russell Bertram. Funeral Services will be held 3:00 p.m., Thursday, April 15, 2021 at the First Baptist Church Family Life Center, 709 South Memorial Drive, New Castle with Pastor Paul Davis officiating. Friends may call from 11:00 a.m., until service time at the church. Anyone planning to attend the services please honor the families wishes by wearing a face covering to protect others in attendance. Memorials can be made to the Class of 1969 Scholarship Fund in care of The Henry County Community Foundation, 700 South Memorial Drive, New Castle, Indiana. On-line condolences may be made at www.macerhall.com. The funeral directors and staff of Macer-Hall-Marcum and MOffitt Funeral Home, 2011 East Broad St., are honored to serve the Givens family.