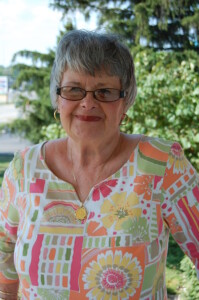 Sylvia J. Edwards, 81, of New Castle, passed away Christmas evening, December 25, 2021, at Henry Community Health. She was born June 7, 1940, in New Castle, a daughter of the late Gene and Helen Burgess.

Sylvia spent an active life in her community. She believed that what matters is not the duration of your life but the donations of it. Not how long you live, but how you lived. Having retired, after helping establish and 38 years of work with Interlocal CAP Head Start, she continued her active involvement with Henry County AIDS Community Action Group, Henry County Community Foundation Malcolm K and Sylvia J Edwards Education Fund, P.E.O. Philanthropic Education Opportunity Chapter AD, Women in Motion Inc, Henry County Youth League, American Red Cross Muncie Chapter, Psi Iota Xi, Sorosis Literary Club, College Club and the Monday Night Group. The Sagamore of the Wabash Award was awarded to Sylvia on October 31, 2003, by Governor Joseph Kernan for her tireless work in HIV/AIDS and Head Start. The Sagamore of the Wabash is the highest honor bestowed upon a Hoosier.

To send flowers to the family or plant a tree in memory of Sylvia J. Edwards, please visit our Tribute Store.