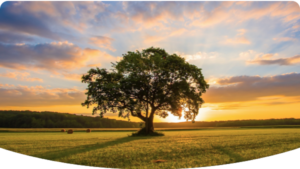 Robert E. “Bob” Garner, 92, of Fort Wayne passed away on October 9, 2022. Born on November 11, 1929, in Parke County, Indiana, he was the son of the late, Loren and Hazel (Robertson) Garner. Bob graduated in 1947 from Greensburg High School; then went on to Hanover College receiving a B.A. in 1951, and later, an M.A. from Ball State University. He was a member of the Sigma Chi Fraternity, a United States Army veteran and a member of Good Shepherd United Methodist Church. Bob enjoyed sharing his many musical gifts over the past 70+ years in various capacities. He retired in 1990 after a 38-year-long teaching career in Wilkinson, Elwood, and New Castle, Indiana. Bob’s wife of 63 years, Mildred T. (Millie) Garner, preceded him in death in 2017. He is survived by his sister, Donna Garner; a son John (Melissa) Garner; daughter, Melinda Garner; two grandchildren Christian (Tiane) Garner and Caroline (Jonathan) Fansler; and five great-grandchildren; Maxwell, Thayer, and Winifred Garner, and, Jack and Jonah Fansler, as well as, many more loving nieces, nephews and cousins. Interment will be in McCray Cemetery, Wilkinson. Memorial donations may be given to Heritage Pointe of Fort Wayne, 5250 Heritage Parkway, Fort Wayne, IN 46835, or, the Henry County Community Foundation, Robert E. and Mildred Garner Fund, 700 S. Memorial Drive, New Castle, IN 47362 (henrycountycf.org). Fond memories and expressions of sympathy may be shared at www.HockemeyerMillerFH.com for the GARNER family.