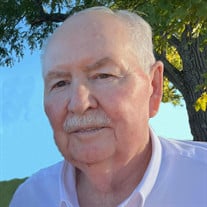 James Braswell, 75, of New Castle passed away Wednesday, November 2, 2022 at IU Health University Hospital in Indianapolis. He was born May 23, 1947 in New Castle, Indiana, a son of the late Gilbert and Zona (Frost) Braswell.

Jim was a graduate of New Castle High School, and then later earned a Bachelor’s Degree from Butler University. He was a veteran of the U.S. Army, serving 3 tours in Vietnam. Jim retired from Chrysler Corporation in Detroit, he also had many other jobs that he enjoyed. He was an avid NASCAR fan, enjoyed drag racing and Butler basketball.

In addition to his parents, Jim was preceded in death by a brother, Charlie Braswell, a sister-in-law, Joann Braswell and a niece, Tonya Braswell.

Memorial services will be 2:00 p.m. Monday, November 14, 2022 at Hinsey-Brown Funeral Service in New Castle with Pastor Mark Herbkersman officiating. Burial will follow in South Mound Cemetery, West Lawn Addition. Visitation will be from 12:00 p.m. until time of services Saturday at the funeral home. Military rites will be conducted by contingents of the American Legion and the VFW. Memorial contributions may be given to the Henry County Cancer Society, c/o Henry County Community Foundation, P.O. Box 6006, New Castle, IN 47362. You may express condolences or share a memory of Jim at www.hinsey-brown.com.

To send flowers or a memorial gift to the family of James Braswell please visit our Sympathy Store.