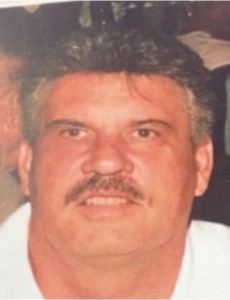 Jerry Lynn Miller, 63, of Papillion, Nebraska, formerly of Orlando, Florida, passed away with his family at his side on Wednesday, January 4, 2017. He was born December 22, 1953 in New Castle, Indiana, a son of the late Lawrence O. and Hazel M. Buck Miller.

Jerry graduated from Chrysler High School in New Castle, Indiana in 1972 as a 3 sport athlete. He was also a graduate of Ball State University with a degree in business. He retired from FedEx of Orlando, Florida after over 30 years, and had also worked at Office Depot in Orlando for 10 years.

He was preceded in death by his sister, Charlotte Miller of Simpsonville, SC and father-in-law, Luis Vazquez of Orlando, Florida.

A celebration of life will be held at the New Castle, Indiana Elks on Sunday January 15, 2017 from 2:00 p.m. to 5:00 p.m. Family welcomes family and friends to join in commemorating his life. A family gathering will be at a later day for his final resting place.

In Lieu of flowers, memorial donations can be made to St. Jude Childrens Hospital, which he donated his time to while on business trips to Memphis, TN. Also memorial contributions may be directed to the Jerry Miller Scholarship Fund c/o Henry County Community Foundation, with envelopes provided at the Elks.

Online condolences may be made at www.macerhall.com

Macer-Hall Funeral Directors are honored to handle the arrangements for Jerry Lynn Miller.